It seems the Billionaire Formula one car racing boss, Bernie Ecclestone has played down racism within the sport and made the astonishing claim that “in many cases black people are more racist than white people”.

Bernie Ecclestone is credited with transforming Formula One into a global, billion-dollar business with races in all corners of the world, but like many organisations, the sport he helped create has come under scrutiny following George Floyd’s death.

In an interview with CNN, the 89-year-old expressed his opinion that the fight for equality in F1 has never been taken seriously because there is too much of an emphasis on “winning races and findings sponsors”.

Ecclestone’s controversial comments come as British superstar Lewis Hamilton, who has been vocal throughout the Black Lives Matter movement and is the sport’s only black driver, continues to spearhead his fight for change. 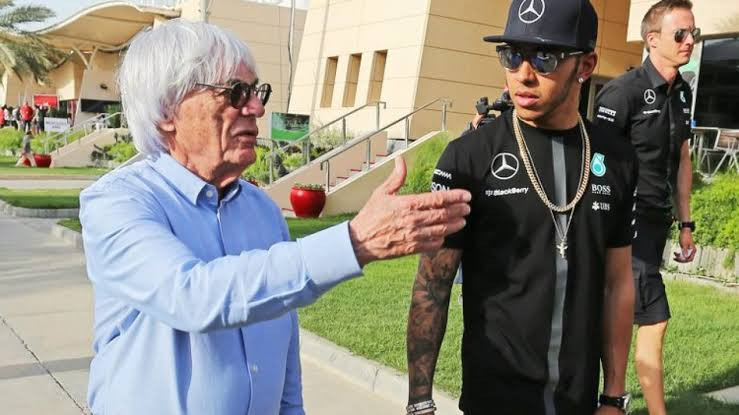 Hamilton, who previously said he felt “so much anger, sadness and disbelief” after the death of George Floyd, set up the Hamilton Commission to increase diversity in motor sport, joined anti-racism protests and called out F1’s “biggest stars” for “staying silent in the midst of injustice.” 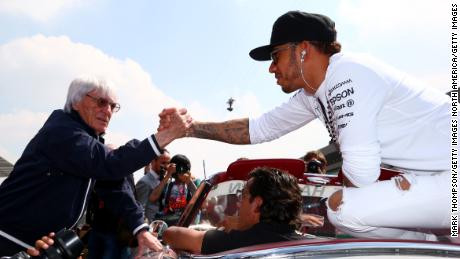 Ecclestone has now applauded Hamilton for his stance, but insists the sport does not have a problem with racism.

“First, he’s very, very, very talented as a driver and he seems to be now extremely talented when’s he standing up and can make speeches.

“This last campaign he’s doing for Black people is wonderful. He’s doing a great job and it’s people like that — easily recognisable — that people listen to.”

However, Ecclestone, 89, doesn’t think incentives like The Hamilton Commission will have a tangible impact on the sport.

“I don’t think it’s going to do anything bad or good for Formula One,” he said.

“It’ll just make people think which is more important. I think that’s the same for everybody.

He continued by saying that changing attitudes towards race won’t come “easily,” blasting the dismantling of statues of slave trade figures — a move Hamilton backed when the statue of Edward Colston was torn down in Bristol.

“I think they need to start being taught at school,” said Ecclestone.

“So they grow up not having to think about these things. I think it’s completely stupid taking all these statues down. They should’ve left them there. Take the kids from school to look and say why they’re there and what the people did and how wrong it was what they did.”